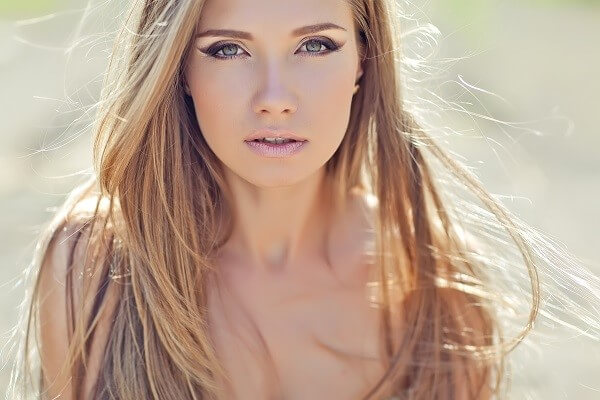 Wrinkles aren’t just your grandma’s problem anymore: Stress, pollution, and increased exposure to the sun and tanning beds are causing many people to begin getting wrinkles in their 30s and 40s. Naturally, we all want to prevent this from happening… But we can’t live our lives in a bubble. Life is going to happen, and it’s going to expose us to all of the aforementioned risk factors for premature aging.

So, should we give up and resign ourselves to the tyranny of fine lines? Absolutely not, say the majority of cosmetic surgeons. An expanding body of evidence suggests that Botox may not just treat existing wrinkles—it might also prevent wrinkles from forming. The secret? Start early. Depending on your lifestyle, starting Botox treatments in your early 30s—or even your 20s—can help to stall the formation of wrinkles.

How Does Botox Slow The Signs Of Aging?

To understand how Botox can slow the development of wrinkles and fine lines, we first need to examine how it treats them. When Botox is injected into muscle tissue, it blocks nerve signals from reaching those muscles. This prevents the muscles from contracting, thereby smoothing the appearance of the skin above. Because wrinkles are caused by the compound effect of these contractions over a number of years (in conjunction with other factors that cause a loss of skin volume, like smoking and sun exposure), injecting Botox before any visible fine lines are present could delay wrinkle formation.

When Should I Start Botox Treatments?

There’s some debate between surgeons on when the best time to start Botox treatments is. While many consumers are choosing to try Botox in their early 20s, most cosmetic surgeons recommend that you start getting injections in your early-mid 30s. There are, however, notable exceptions to this rule: If you smoke, live in a very sunny climate (or enjoy tanning), have a stressful job, or have a family history of premature aging, starting Botox in your early-mid 20s may be a better choice.

Either way, it’s important to remember that trying Botox is usually harmless at any age (its effects are temporary and will wear off within 3-6 months). If you want to try Botox just to see how it affects your “look,” you can therefore go ahead and do so without worry. And who knows? You might just free yourself from wrinkles for many years to come!

The latest issue of the Aesthetic Surgery Journal includes a scientific study about how gender affects facial wrinkling.  Research was conducted by plastic surgeons in the Netherlands.

But let’s just get to the point shall we?  Here are the documented reasons women wrinkle earlier and more severely than men:

Botox injection can work to smooth out facial wrinkles; that’s been firmly established. But that isn’t the extent of its current useage.  If you do a little research, you’ll discover that physicians use Botox for many other interesting purposes.

As reported in the Journal of the American Academy of Dermatology, researchers from Allergan Inc. conducted surveys about sweating, revealing that almost 3 percent of the U.S. population (7.8 million people) believe their sweating to be excessive. At the time of the survey (in 2004), less than half of the respondents had sought medical help for the problem. Botox blocks the localized release of a specific chemical that stimulates sweating, and so the FDA approved it for this use years ago.

Many doctors use Botox to treat headaches, and their basic procedures are hardly different than those of wrinkle treatment. It isn’t entirely clear how the Botulinum toxin provides relief; it may work to inhibit certain pain-transmitting nerves. But evidently, many people suffer from fewer headaches after being treated with Botox.

Last March, the New York Times published a story on the off-label use of Botox to help those who have suffered a stroke and have trouble relaxing certain muscles. According to the experts, “only about 5 percent of the stroke patients who could benefit from its use ever get it.”

Besides these therapeutic uses, surgeons and dermatologists are finding even more cosmetic uses for Botox. Dr. Lawrence Reed recently told an ABC news affiliate that “we’re at the tip of the iceberg where Botox is going to be used.” Reed has apparently been pioneering some interesting new cosmetic applications.

For acne, Dr. Reed injects Botox just below the skin: “It decreases the muscle pump and blocks the production of oils, so we use it for acne,” he claims. Other patients of Dr. Reed found success using Botox to relax certain muscles and actually make their eyes appear larger, and to supplement laser skin resurfacing.

A few words of caution: If you’re considering Botox for any off-label use, make sure you choose a qualified physician. Despite the optimism surrounding Botox as a ‘wonder drug’, there have been complications and side effects associated with off-label use and inexperienced providers

A medical study on the safety of the wrinkle relaxer ‘Reloxin’ was just published in the March-April issue of Archives of Facial Plastic Surgery.  The drug was evaluated for use on moderate to severe forehead wrinkles (or glabeller lines), and the results sound optimistic.

The FDA has not yet given its approval for Reloxin to be sold in the U.S., but spokespersons from Medicis Pharmaceutical say clearance is expected late this year.  Reloxin has the potential to become a real competitor for Botox in the U.S. cosmetic surgery market – a market which allowed Allergan Inc. to net $1.3 billion in revenue last year with Botox.

One California dermatologist who participated in the study commented to Bloomberg news, saying “the side effects are the same as Botox” and “many of our patients liked it even better.”

The composition of both Reloxin and Botox is very similar; they each contain a particular ‘botulinum toxin’ that has been proven to relax the muscles that cause wrinkles in the face.

Reloxin has actually been sold overseas under the name ‘Dysport’ for about 15 years, but Botox has still managed to claim over 80 percent of the worldwide market for the neurotoxin.  One market analyst speculates that “Reloxin may be priced 15 percent lower than Botox” which could allow it to take a significant share of that market.